A Clean Shower Is A Good Thing! Here’s A Few Tips

Nothing’s better after a long day of hard work than a nice, hot shower. It’s the world’s shortest vacation, a place to get clean and forget about your troubles for a little while. That’s assuming your shower is clean, of course. A dirty, rusty, scummy shower won’t do your peace of mind any favors, to say nothing of poor hygiene.

Fortunately the cleaning process isn’t complicated. Get some rubber gloves, sponges, and cloths and prepare to get that shower sparkling again. You’ll feel a million times better the next time you step inside.

Starting is a big deal

First, empty it out. Take out the shampoo bottles, body washes, conditioners, or any shower shelves or fixtures you’ve stuffed in there. Are there any empty bottles or used-up razors? Throw them out. Then give the whole enclosure a good rinse with the shower head, and maybe a quick once over with just a wet sponge. Odds are the shower will already be looking much cleaner, but if you’ve come this far in the cleaning process you might as well go all the way.

Mildew is a common problem in shower enclosures, and luckily there are a variety of sprays you can buy at the hardware store that will remove that mold in no time. Spray your chosen cleaning solution on the offending areas, let it sit for five or ten minutes, and then wipe it away with a damp sponge. If you’d like to use a homemade remedy, you can mix one cup of vinegar and one cup of ammonia with a half cup of baking soda in a gallon of hot water. This concoction works wonders for mildew; although if you don’t have the ingredients handy, you might as well just buy the store brand stuff.

Water spots also crop up periodically in the shower, usually on metal fixtures like the shower head or faucet knobs. They can usually be removed with some vigorous scrubbing with a basic cleaning agent, or with a vinegar and water concoction. Some dish soap can be used on the metal to give it a lustrous shine. As a bonus, the shower will smell like fresh dishes the next time you hop in.

If your shower head is bugging you, either because it’s blocked up or it just isn’t looking its best, unscrew if from the wall. Don’t worry, most shower heads come off with minimal effort and reattach just as easily. Soak your shower head in a bowl of straight vinegar for a few hours so all the built-up gunk can be dissolved. You can also take a toothbrush and give it a good scrub. If you still have problems with water flow after cleaning the shower head, the problem is likely with the plumbing. In that case, you might have to bite the bullet and call a professional.

The last (and worst) part of the shower cleaning process is the drain. Yes, it needs periodic cleaning. No, it is not fun. Get those rubber gloves on tight, unscrew the drain, reach in there to pull out any blockage and throw the mess in the trash. If that doesn’t sound appealing, get a Zip-It drain cleaning tool. There’s only so much a Zip-It can do, however, so prepare to get a little messy no matter what.

So there you have it. Follow these simple steps and you’ll get your shower looking pristine in no time at all. 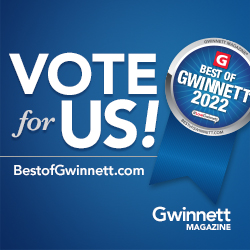